It Is With Heavy Heart 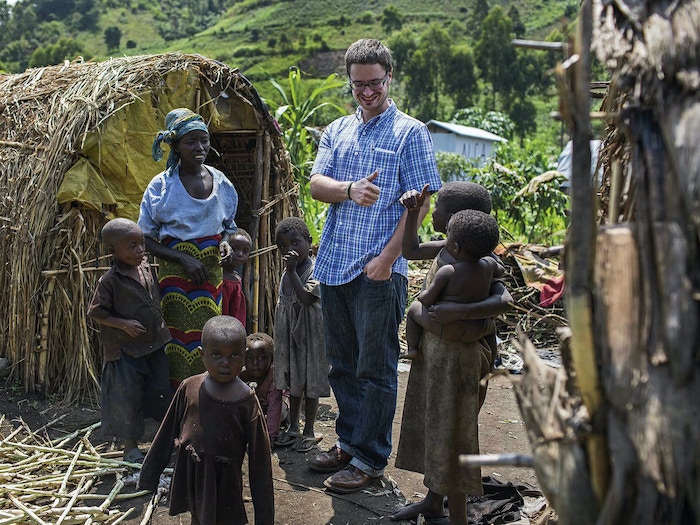 It is with a heavy heart that I share the news that that UN aides, Michael Sharp and Zaida Catalan, along with their Congolese interpreter Betu Tshintela, have been found dead. They were kidnapped just outside of Kananga on the same road that leads to Kamponde — on the same day Caitlin, Nick and I were scheduled to head to Kinshasa and make our way inland.

The New York Times has this beautiful story about Michael and Zaida and their devotion to peacekeeping in the Democratic Republic of Congo. Michaels' father posted this notice on his Facebook page. If you'd like to leave him a message, you can click on this image. 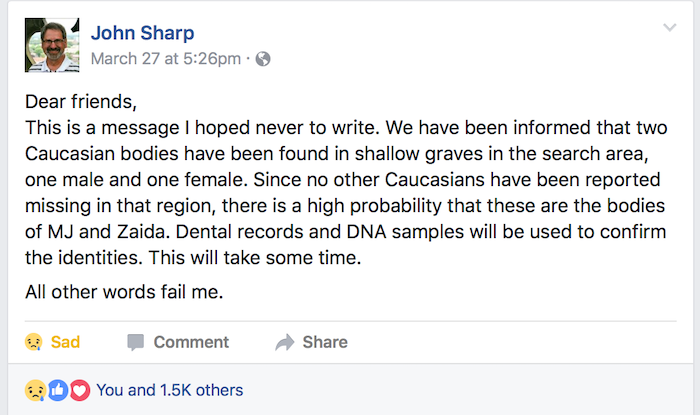 Alas, Kinshasa is erupting again as the Catholic Bishops have pulled out of mediating between the government and opposition leaders.

I had already changed our travel dates to May 21 when I learned that 40 Congolese policemen had been decapitated by the same militia with whom Michael and Zaida were attempting to negotiate in the Kasais.

U.S. Ambassador to the UN, Nikki Haley, said today Washington is weary of supporting the UN mission for a government that is "corrupt and preys on its citizens." The mandate for the $1.2 billion mission in the DRC expires in two days, and the UN Security Council may heed the U.S. call to cut the troops in Congo by a quarter. I understand the frustration on both sides; the world has been pouring in billions of dollars to support peacekeepers in Congo, yet peace has yet to prevail. But conditions are sure to grow worse if the UN pulls back. 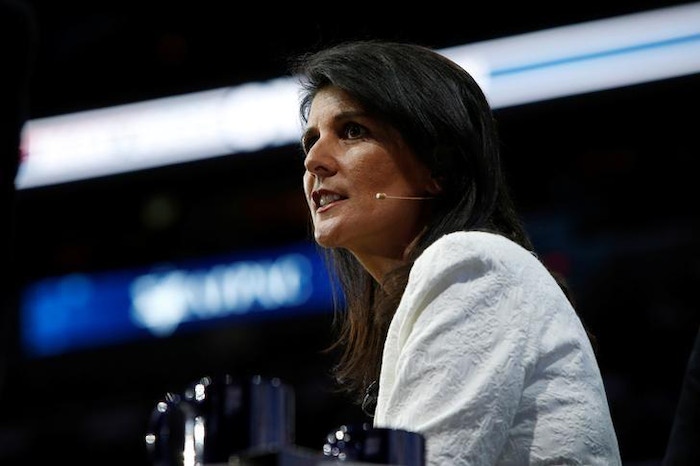 Needless to say, there is no way we will be able to travel on May 21st. I have asked for a ticket refund because each time I change dates, another $900 of our Kickstarter pool is spent. I do still intend to go, though whether it will be safe to bring Caitlin along remains to be seen. I'm just not sure when — I hope you will all be patient with me.

Meanwhile, I continue to write.

Finally, as I was trawling the Internet looking for some news to confirm an erroneous report that Kamponde had been hit by the militia, this old photo of me popped up on WBUR's website under the headline, "Is The Peace Corps Still Relevant?" 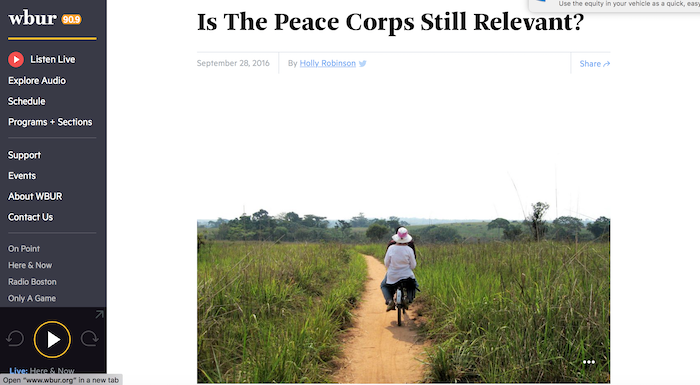 The series aired last September and followed Peace Corps Volunteers around their postings, looking at the pros and cons of their work. In the end, they determined:

"In an age when religion, refugees, terrorism, and nationalism are such hot button political issues, living in a foreign culture, and truly becoming part of it, is the surest way to promote understanding between nations."