Dallas poking around one of my boxes with Congo supplies.

Some of you have so kindly asked what you can send along with me to the village. As I've told those of you who have asked: Your initial contribution is more than enough!

And I mean that.

But for those of you who persist —like one of my favorite candidates Elizabeth Warren — I recommend vegetable seed packets (heirloom, so the the plants produce new seeds for replanting) for planting zones 10-12. On my last trip in 2006, some of the farmers told me the green bean seeds I had brought them 10 years earlier were still producing. The temperature in Kasai is similar to Southern California.

Vegetable and flower seeds are light and easy for me to carry.

So are mosquito nets and the string to hang them. Malaria is endemic in the Congo and nets are the best defense against the mosquito-borne disease. Kamponde had a rudimentary clinic run by the Catholic nuns, but many of the clinics were destroyed during the violence in the Kasai and I have no idea what to expect.

Many of you have expressed concern about our security on this trip. First, we are not traveling anywhere near the Ebola outbreak in northeastern Congo. The World Health Organization issued an order last week declaring the Ebola outbreak a global health emergency, which means a lot more money and people are being thrown at the virus. The outbreak is more than 500 miles from Kasai. I have followed the government and WHO response to the outbreak closely; only one case to date has made it out of the containment area.

There are still hundreds of thousands of refugees since the uprising in the Kasai began in 2016 and many villages were attacked, including Kamponde, so I do expect to find things greatly changed. But the violence has subsided. Nick and I are traveling with smart people; we will have our own Jeep and driver to take us down to Kamponde so that we have the ability to quickly change course if need be.

Finally, I wanted to share this obituary for Pierre Mambele, a beloved taxi driver known to foreign journalists since the days of Mobutu. He looks so familiar to me, but I honestly can't remember if I ever used him when I covered Congo. We all had notebooks filled with drivers, fixers and translators whom we would book before dangerous assignments. Knowing they would be waiting for us eased some of the stress.

Pierre is a classic example of the many people behind the bylines.

“Life doesn’t often introduce us to people so loyal and good-hearted,” says former New York Times correspondent Howard French, a colleague and competitor whom I greatly admired as we covered many of the same breaking stories in West Africa. “Pierre made Zaire-Congo liveable and even survivable during long, brutal stretches when it sometimes seemed anything but." 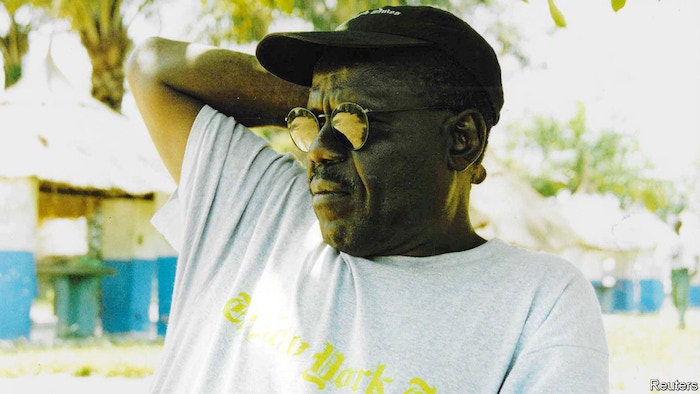