This Must Be the Year

Wishing all of you & your loved ones a Happy New Year.

It's hard to believe that this is my 23rd update since I launched this project in April 2016. I'm truly hopeful that this is the year I fulfill my commitment to all of you, and my promise to the people of Kamponde, to complete my journey.

The incredible news, as most of you know, is that DR Congo held presidential elections last weekend, nearly two years late yet without the predicted wave of violence. If and when the declared winner (still up for debate) is sworn into office, it will be the first peaceful and democratic transition of power since Congo gained its independence form Belgium in 1960.

Felix Tshisekedi was declared winner before dawn on Tuesday, prompting a call from my Peace Corps friend who still lives and works in Kananga (the city just north of my village) at 4 a.m. his time to tell me that people were singing and dancing in the streets.

Tshisekedi is the son of Etienne Tshisekedi, the tireless opponent of longtime dictator Mobutu Sese Seko. The elder Tshisekedi — who attended high school at Institute Untu where I taught — died in 2017 and his son took up the mantel for the Union for Democracy and Social Progress. I interviewed the father several times when reporting on the DRC for The AP and though he was often in and out of favor with Mobutu, he was an honorable man who devoted his life to democratic rule in his homeland.

Let's see if his son can live up to his legacy.

There are reports that the junior Tshisekedi made a back-room deal with outgoing President Joseph Kabila to secure his position and allow the Kabila family to keep their fingers in the incredible mineral wealth of the nation.  And many believe the true winner of the election is another opposition leader, Martin Fayulu. The powerful Catholic Church has said its 40,000 polling observers tallied a victory for the former ExxonMobil executive.

This is my favorite commentary on the contentious electoral outcome by Jason Stearns, director of the Congo Research Group and author of one of the best contemporary books on the country today, "Dancing in the Glory of Monsters."

"These election results are extraordinary, in two very different ways. First, the president appears to have rigged the polls, not in favor of his preferred candidate but in favor of an opponent," Stearns writes in his NYT opinion piece. "But the results also underscore the Congolese people’s commitment to building a democracy. Whatever the true vote count may have been, it is clear that this is not the outcome that Mr. Kabila initially wanted. 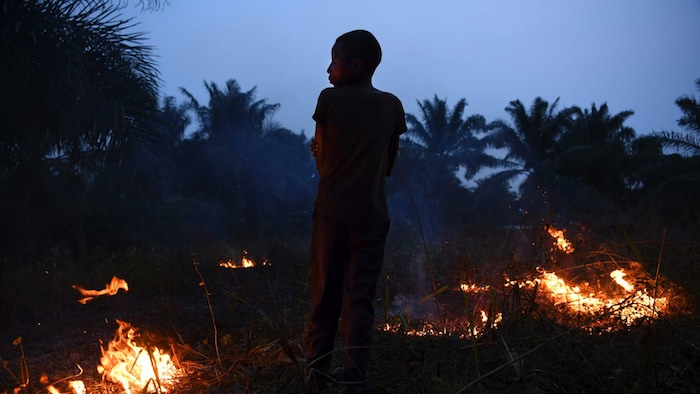 So where does this leave me? Hopeful — even though Kasai Central, where I'll be traveling, remains in very bad shape. This amazing piece of journalism by The Sydney Morning Herald lays it out really well. It makes me proud to be part of this community of storytellers and excited to get back to the region to do my part: the people of Kasai have seen more devastation in the last two years than in the past six decades.

Hundreds of thousands of people are still displaced and hunger, cholera and unrest abound. I've come to the frustrating realization that I likely can't take Caitlin with me; it's just too dangerous and a much more difficult trip than previously planned. I'm currently brainstorming about how to bring a part of her with me without having to put her in harm's way. I don't want to wait much longer as too many of those Congolese who took part in my journey have grown old alongside me, but without my benefit of healthcare and resources.

My plan is to travel with Nick, the filmmaker who did our Kickstarter video and for some crazy reason is still eager to make the trip. We'll start reapplying for visas once the new government has been installed and we're hoping to make the trip this summer as the dry season makes the 60-mile trek down the dirt road from Kananga to Kamponde easier. 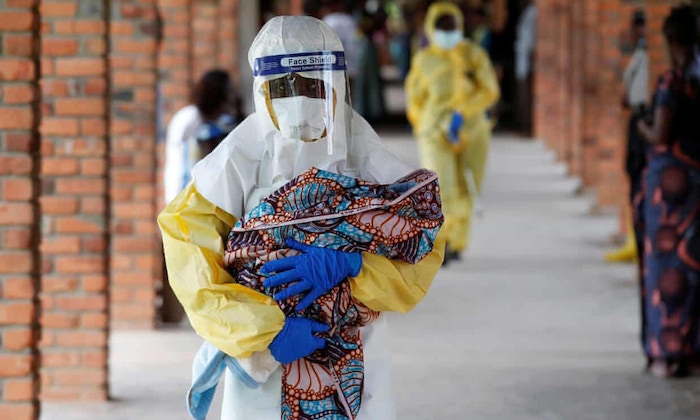 A healthcare worker carries a baby suspected to have the Ebola virus at a hospital in Oicha, in the Democratic Republic of the Congo’s North Kivu province. Photograph: Goran Tomašević/Reuters
3 views0 comments